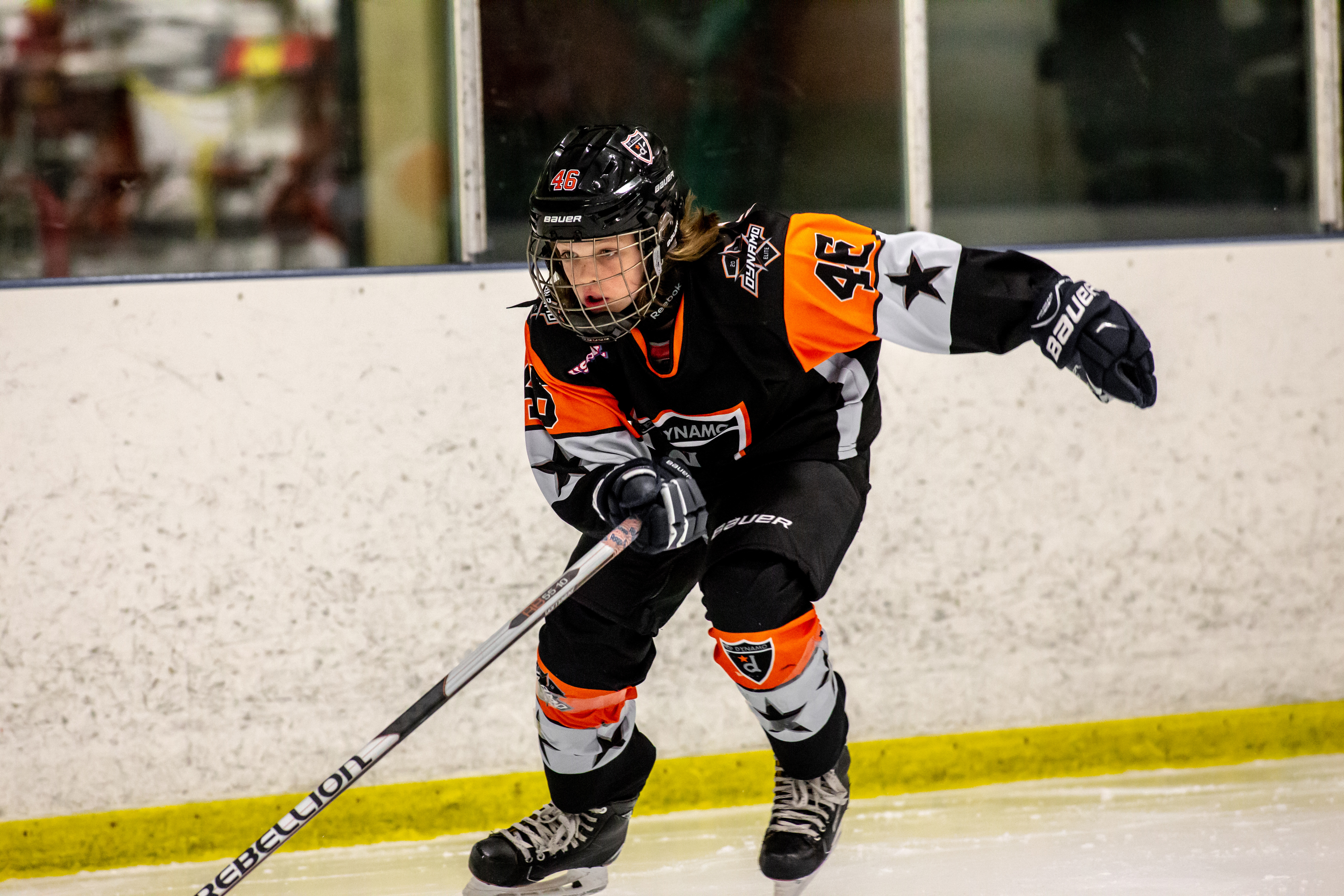 My son Hunter has been playing hockey since he was old enough to stand up on skates. At the age of 10, he started to get reoccurring skin infections on his arms and legs. He was diagnosed with having chronic fungal infections. As time went on and multiple trips to his pediatrician, the infected areas began to spread and became harder to treat. We tried everything from over the counter products to prescribed topical treatments with little to no improvement.

It is hard for a parent to watch your child mentally suffer through a condition that seemed untreatable. The infections became so severe that he no longer wanted to go swimming with friends, and he was being made fun of in school. In the summer months, we did notice that the infected areas dissipated when he was off the ice for a considerable time. We realized a direct correlation between playing hockey and his skin condition.

Anyone who has a child that plays hockey knows the smell and the "gunk" that forms in a hockey bag. A hockey bag and equipment is a petri dish of bacteria, germs, mold, spores, and fungus. The rash broke out in areas where his elbow pads, shin pads, and shoulder pads rubbed against his skin. In addition to his topical treatment routine, our pediatrician recommended we thoroughly wash his hockey equipment. While playing in a hockey tournament in Marlborough, Massachusetts, we had his equipment sanitized in a Sani Sport machine located at the rink. It removed some of the odors but didn't help the skin rash. We also tried bleaching his hockey equipment once a week, resulting in zero improvements. We bought moisture-wicking compression clothes to wear under his gear, which ultimately made the skin infections worse. As parents, we had spent hours on the internet searching and trying any recommendation for hockey-related skin breakouts.

One of his hockey coaches suggested that he try a new product called DuraDerm SPORT. We were willing to try anything that might help. Once he started applying DuraDerm SPORT, we noticed that his skin inflammation went away within the first day, and the entire infected area was virtually gone in 5 days. The results were life-changing! DuraDerm SPORT was the first product to clear up his skin infections without keeping him off the ice. If it weren't for DuraDerm SPORT, I don't think we could have continued to allow him to play hockey.

WHAT IS MRSA?
Read More

How To Clean Sports Gear

WHY DO YOU NEED TO WASH SPORTS EQUIPMENT?
Read More